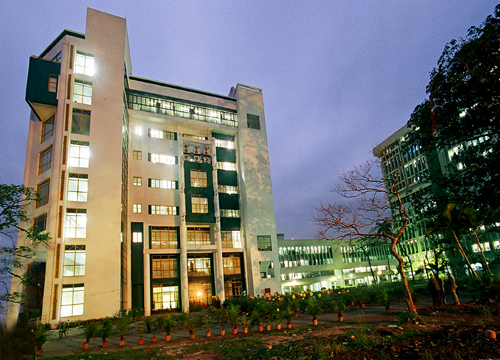 Density based minimum distance methods provide excellent alternatives to classical estimators such as those based on maximum likelihood as well as mainstream robust estimators such as those based on M-estimators. Many of these minimum distance estimators have full asymptotic efficiency at the model, combined with strong robustness properties; these techniques have applications in all areas of parametric inference. The scientists of this unit are actively involved in doing research in this area.

Random point patterns (for instance, galaxies observed in space, plants observed in some region, etc.) are modeled by spatial point processes. Astronomy, geography, ecology, forestry, spatial epidemiology, material science, seismology, image analysis, etc. are some of the many areas of applications of spatial point processes. However, inference for such models is complicated because the normalizing constants, which depend upon the parameters of interest, are not analytically tractable. Moreover, even for given values of the parameters, simulation from such models is not straightforward in general. These make both classical and Bayesian inference difficult. We are exploring the applications and extensions of some new methods developed in our unit to facilitate Bayesian inference in such problems.

A rapidly developing area in the context of survey sampling is concerned with creation of reliable statistics related to segments of a population which are relatively small . When a survey is undertaken to cover a large population the available survey data are often sought to be utilized to estimate characteristics not only of the entire population but also those of its various non-overlapping domains . In small area estimation , often referred to as small domain estimation , in case a domain refers to a geographical region , "traditional" or "direct " methods which utilize sample observations specific to respective domains are not often very fruitful because of smallness in domain-specific sample-sizes . So, indirect estimators that involve sample-values within respective domains may often be gainfully employed . The rationale behind the latter is that some or all domains may have similar features which may encourage borrowing strength across "similar domains" by way of improving direct estimators . Research along this area is growing quite fast and the newly emerging methods such as synthetic methods , Generalized Regression methods , Empirical Bayes methods , Kalman Filtering methods etc. make use of postulated models which reflect "similarity of domains" .

Repeated measurements designs (cross over deigns) both under the traditional non circular model and the self and mixed carry over effects model have been in use in many scientific research. A study on the characterization and construction of optimal designs under these set ups is being undertaken by some scientists of this unit.

In recent years, the study of critical sets in Latin squares has gathered attention of many researchers.Critical sets consist of the specification of cell entries needed to recreate the combinatorial structure uniquely. It is interesting to note that Sudoku is a special type of Latin square of order 9. Not much work is there in the literature regarding the construction of critical sets in F- squares and orthogonal F -squares , which are natural generalizations of Latin squares and mutually orthogonal Latin squares. Some scientists of this unit are working on this area of combinatorial research.

Multiple hypothesis testing has been a topic of serious interest over the years. In recent times, this has been an area of active research with the possibility of application in problems arising in bilogical sciences. Various multiple testing procedures are well- known, typically differing in the type of things they aim to control, like the false discovery rate or the family wise error rate etc. An important problem of serious interest is to look for the kind of procedures which would be optimal in a given situation from a decision theoretic point of view which would justify their use in those situations and also help us understand the hitherto unexplained good or not so good performance of various procedures in different situations. An application area of special interest is large data sets characterized by sparsity.

An important problem of interest to Bayesian is finding noninformative priors. One prominent approach towards finding these has been based on maximizing the divergence between the prior and posterior in the Kullback-Leibler sense. Our research attempts to explore the possibility of finding new objective priors through maximization of different kinds of divergences other than the Kullback-Leibler. A second goal is to characterize the class of divergence measures that lead to the Jeffreys prior.